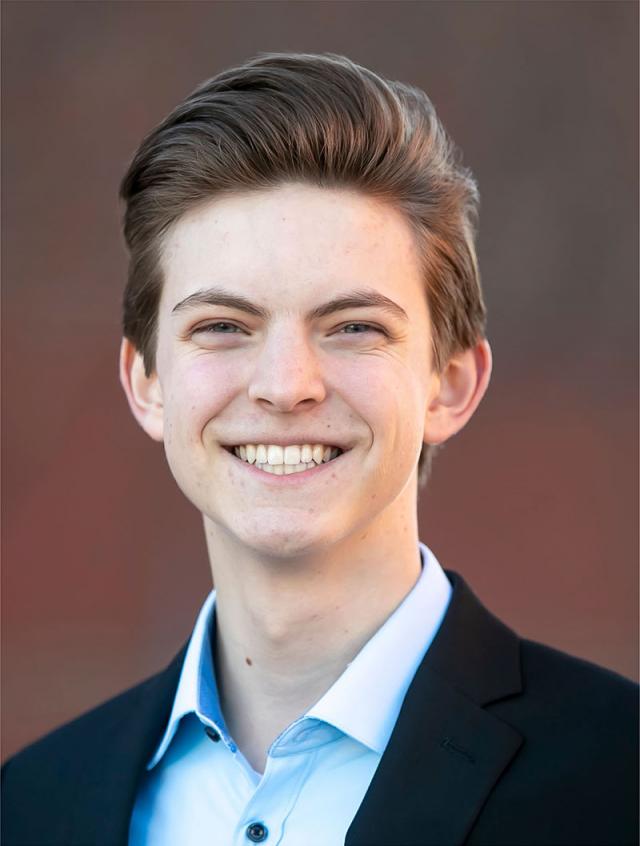 Peter Banyas is a senior at Howard High School, where he has served in a number of leadership positions at the school. His past positions include Student Government Association President for the Class of 2022, president of the Tri-M Music Honor Society, and vice president of the Mu Alpha Theta Mathematics Honor Society. He has also taken a leadership role in several school service projects, including a virtual peer tutoring program and a music materials donation drive for Howard’s feeder schools.

He is also involved in Public Forum debate at Howard, debating topics ranging from pharmaceutical price controls to nuclear policy, and qualifying for the national tournament last spring.

Peter has taken an active role in the Howard County Association of Student Councils (HCASC) since 7th grade, where has served as 2nd Vice President and Vice Chair of the Legislative Committee; as a member of the Transitional Leadership Team and STEM Committee; and as a Mental Health Forum panelist. During his service with HCASC, he wrote a policy proposal to protect students’ right to protest and coordinated open meetings with state senators.

At the community level, Peter founded the Annual Martha’s Table Donation Drive, providing more than 2,000 meals to address food insecurity in Washington D.C. In addition, he organized donations for the Little Sisters of the Poor nursing home and the Howard County Food Bank.

As the Student Board Member, Peter plans to collaborate with HCASC to engage students in discussions about various countywide issues. He is happy to hear from all students, and hopes to unite the Howard County student community as the school system returns to in-person learning.